Call me old-fashioned, but I'd rather not divulge my net-worth information online. I completely understand that my low-traffic blog won't do much to attract thieves and scammers to my meagre pittance, nor will it make me a target for ransoming.  However I do however hint at my pauper's lot in life on my twitter feed, but seriously, it's a potential risk I just don't want.

My background has not given me much in the way of financial success.  (Two musical degrees which are essentially just pieces of paper you can hang on your toilet) And thus my capital base in the past hasn't been sufficient to keep up to the draw-down of my life and general state of under-employment.

However in the name of full disclosure, I will post the performance reports from my IB account which are expressed in percentage gains only.  Starting with the day I opened the account (08-Aug-2014)

Hopefully with this proof, and my renewed interest in this blog, I might be able to help some of you escape the shackles of poverty or the 9-5 cube-farm death, one miserable,sallow day at a time.

NB: My account has only been fully funded since October 2014, so the trend won't be as clear to you as it is to me, based on my historical performance in other accounts, spreadsheets, and lack of homelessness on next to no professional income.  My strategy typically makes the bulk of it's gains off moves in the 2-4 month time-frame.  So in the next two months, the numbers will get real going forward. 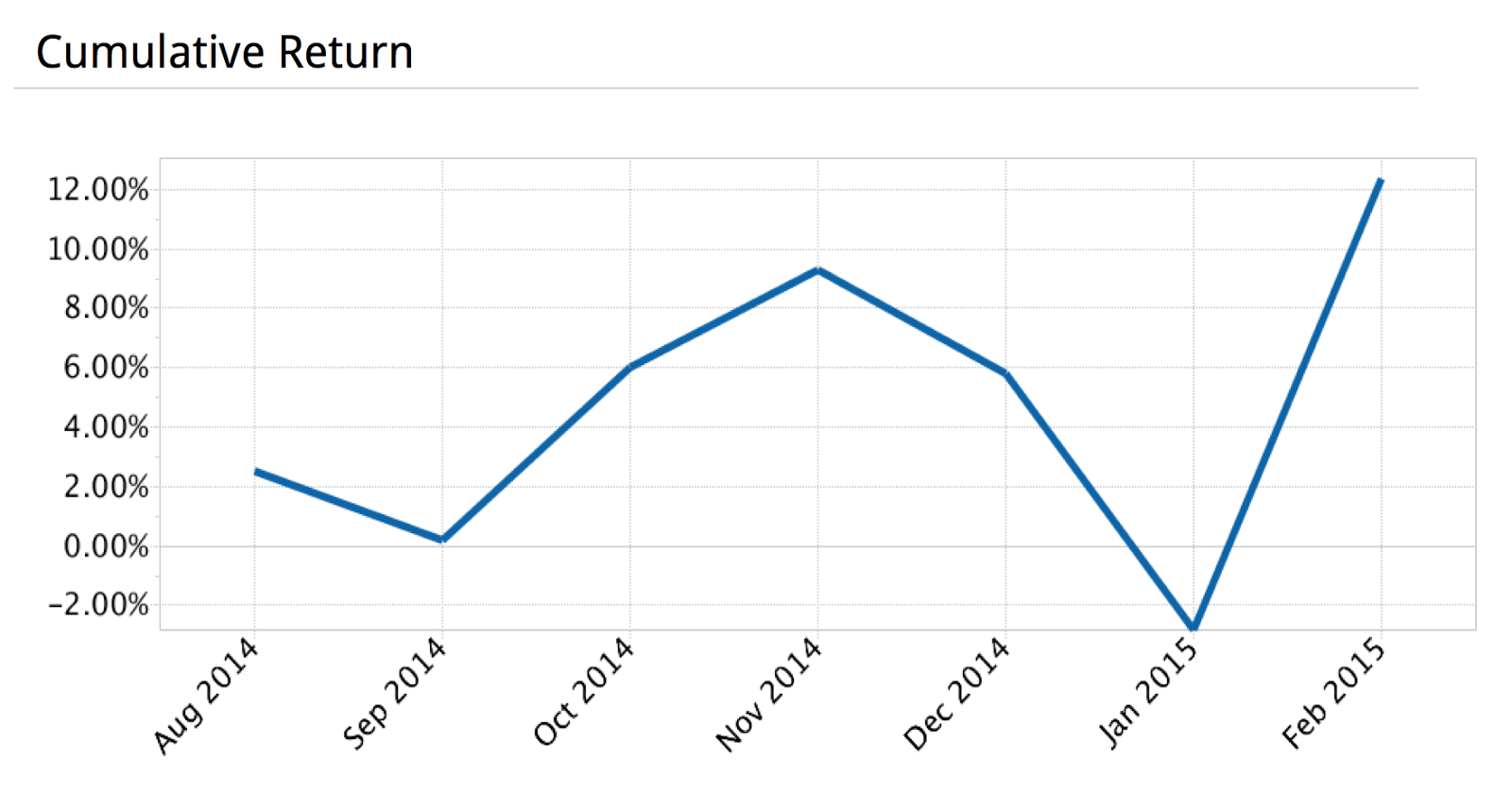 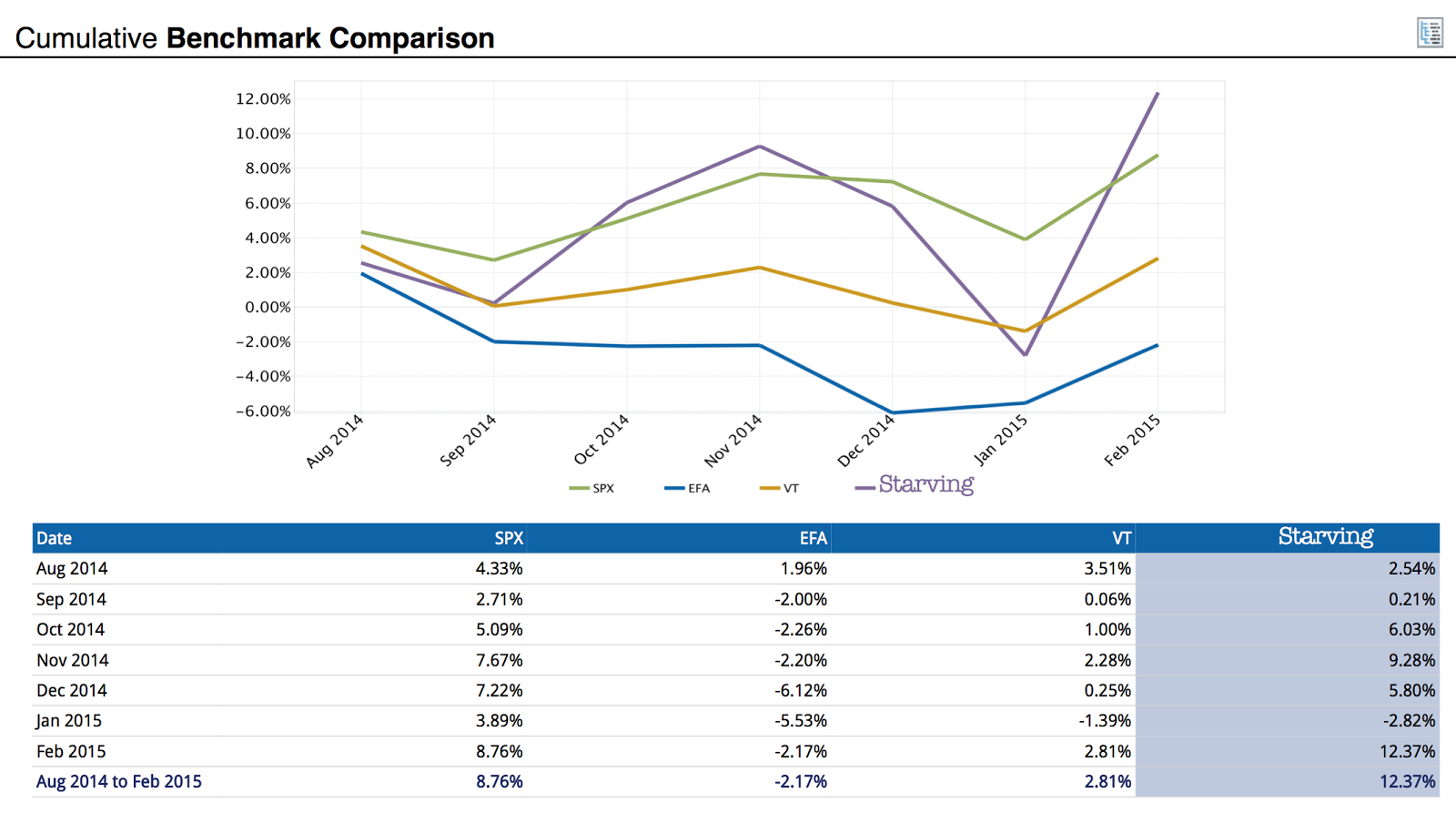 My hungry hungry family thanks you for your patronage and asks that you thoroughly consider investigating the advertised products and/or services.