While "debt" is in fact a 4-letter word, and has all the bad connotations of other 4-letter words to some people, while it does have only 4 letters, it's not a "4-letter word" to me. People who have no self-control might eventually come to seeing debt as evil and something that has kept them miserable, starving, and bankrupt for many years.

If you're one of those people then you're an idiot.

I'm not going to sugar coat it like a certain TV personality does who then goes on to reward people who jump through her hoops with $5k. If you spend yourself into a hole buying crap then you are most certainly an idiot.

That being said, I too might have made an impulse purchase I shouldn't have bought, but my impulse purchases tend to be the "toys" that help me earn a better living with my craft.  (Example more camera lighting equipment to have more creative lighting during portraiture sessions)  Although more recently I have grown quite fond of nice kitchen tools (like knives that actually are well balanced , hold an edge, and won't turn a beautiful crown-roast of pork into shreds, or that can turn tomatoes into beautiful slices rather than sauce)

But what's changed?  Not all that much for me.  I can only justify so many knives before they don't fit into my knife block.  My espresso machine, although while expensive saves me a boat-load of cash keeping me out of coffee houses.

While I appreciate form and function, and beautifully decorated living accommodations, I can only afford so much (read so little).  It did take me a while (a few years) for my ideals to get defeated and for me to gain a true understanding of how money actually works.  (How it can work FOR you rather than you working for the money.)

So yes, the long and the short of this post:  I BORROW TO INVEST.

People I know are more than happy to over-leverage themselves with mortgage debt to buy rental properties.

How is it any different if I borrow money to invest in companies that do that too?  I don't have to be on the hook for a $500k mortgage (the MEDIAN property value here in Toronto), and nor do I have to deal with tenants who don't pay and take you to arbitration for 6 months because the furnace died at 10pm on Christmas eve so nobody around could get a replacement installed, the pipes froze, burst and now the apartment is unlivable and there are thousands and thousands of dollars of damage.  All the while you're still on the hook for the mortgage payments, the property tax payments, the gas payments, the electric payments, the water payments and of course the insurance payments.  The insurance company might try to stiff you too on your claim and if they don't then your premium goes up after the fact. 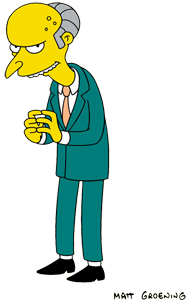 That's how the rich get richer folks.  They do it not on their own money... they do it on YOUR money which the bank happily lends them.

I'm not rich yet... but I'm sure as angry, crotchety, and surly as a rich miser.


Posted by The Starving Artist (Canada) at 12:10 PM No comments: Links to this post

My hungry hungry family thanks you for your patronage and asks that you thoroughly consider investigating the advertised products and/or services.